The German e-commerce market is apparently booming at the moment. As the EHI Retail Institute and the statistics portal Statista recently found out in their joint study “E-Commerce-Markt Deutschland 2017”, the 1,000 German online shops with the highest turnover generated a sales increase of more than 11 percent in 2016.

However, not all market participants are benefiting from this boom. Instead, small and medium-sized retailers are running the risk of being crushed between the established top players: for example, shops in places 501 to 1,000 generated less turnover than in the previous year for the second year in succession. As a result, in 2016, not even every tenth euro that the 1,000 top shops jointly generated was earned by these retailers.

This sobering insight is alarming for the companies concerned. The distinguishing features with which they can stand out from the crowd are thus literally vital for survival. One approach to convince and retain customers is the alignment of the service functions within the online shop with customer needs. But what services do customers want? At the beginning ot the year the E-Commerce Center (ECC Köln) of the Institut für Handelsforschung addressed this question in its study “Erfolgsfaktoren im E-Commerce”, for which more than 3,200 consumers were surveyed. The Institute has now compared the preferences determined at that time with the offers provided by more than 200 small and medium-sized retailers.

Many shops offer only basic functionalities

In doing so the researchers found out that the majority of retailers already offer their customers some of the preferred service functions. However, there is still room for improvement. For example, 58.6 percent of the people surveyed think it is absolutely or rather important that the availability of an article in a store is also displayed in the web shop. This functionality is the service that is second most frequently requested by customers. In fact, however, only 16.8 percent of retailers actually offer it. A similar discrepancy between the customer’s request and the existing offer is evident in the field of callback services. According to the study, 52 percent of the respondents believe that such a service is absolutely or rather important. However, not even one in four companies surveyed (24.3 percent) have so far integrated such a possibility into their shop. On the other hand, small and medium-sized enterprises can convince in terms of the established service offers. More than half of the retailers offer a service center within the webshop (58.8 percent), a hotline (63.3 percent) or customer service support (63.3 percent), which is also considered important by a majority of customers. It remains to be seen, however, whether a restriction to these basic functionalities will suffice to differentiate the companies concerned positively from the competition. It is clear that many small and medium-sized retailers have not accelerated the expansion of service functions in the past. As the ECC Cologne found out, only about one in four of the companies surveyed has invested in improving its services over the past two years. 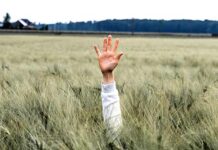