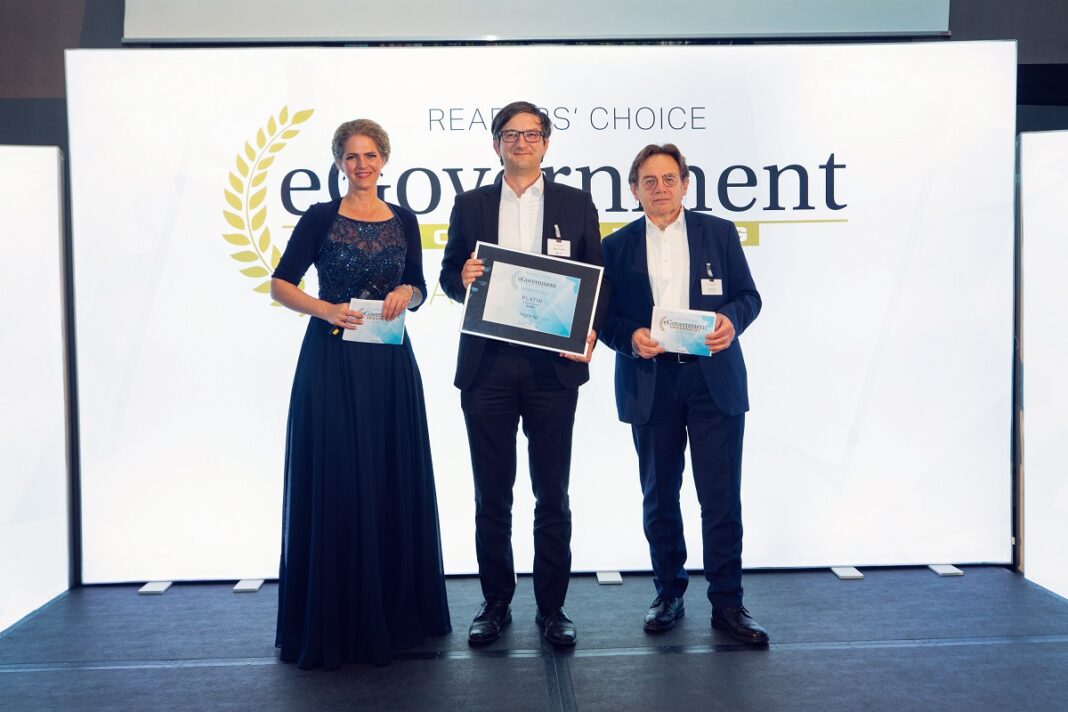 At the top of the podium for the second time in a row: In 2022, the Readers’ Choice Platinum Award in the “Consultant” category once again goes to mgm. The winners in the ten categories were officially announced yesterday evening at the festive awards ceremony in Berlin. For seven years now, the “Readers’ Choice Awards” have been announced by the trade magazine eGovernment Computing of Vogel IT-Medien.

From the end of April to the end of July, the readers of eGovernment Computing were called upon to vote for their favourites via online voting. Companies were nominated in ten categories, from “Consultant” to “eFile”, “Identity & Security” and “Municipal Solutions”.

“We are very pleased that so many people have again placed their trust in us and voted for us this year,” says Roland Kreutzer, partner at mgm. “Last year we supported and implemented many exciting projects, and there is still a lot to be done in the next few years in terms of digitising public authorities.” In addition to the ongoing OZG programme for the state of Mecklenburg-Western Pomerania and the establishment of the operational organisation for Efa services in the state of Bremen, innovative projects involving mgm are currently being implemented with MODUL-F, a digital construction kit for the federal and state governments, and the Kommunale OZG-Plattform (KOP).

Janos Standt, Head of Public Sector at mgm, has a similar view: “The voting shows that we are on the right track. This includes the fact that we do not develop software solutions conventionally, but pursue an industrial software engineering approach using forward-looking frameworks. In this way, more sustainable solutions can be created efficiently.” These are also created thanks to innovative impulses from the integrated software product consulting approach, which combines the best of industrial software production and agile customer centricity. This is made possible by synergies between classic software development and modern, agile product development methods that deliver added value in all projects.

In addition to mgm, other well-known companies from the digitalisation environment in the public sector were also on the winners’ podium. In recent years, they have all contributed with their products and services to ensuring that the digitisation of public administration continues to be steered in the right direction. This year, the gold and silver certificates in the “Consultant” category went to the colleagues from Cassini Consulting and Computacenter. We congratulate them warmly.