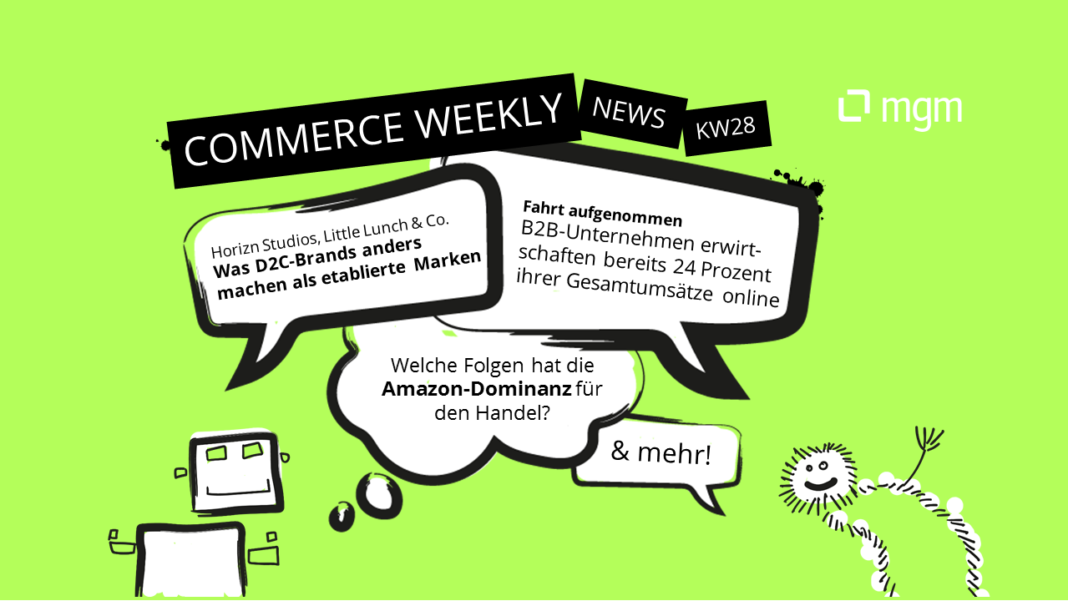 Microbrands: How small brands bother the big ones

Young, agile microbrands such as Horizn Studios, Kapten & Son and Little Lunch are increasingly putting long-established brands under pressure. In his article for “t3n” Jochen G. Fuchs analyzes the consequences this development could have for retail and the ecosystem of service providers, software manufacturers and agencies.

DTC brands: What makes them so popular

The phenomenon of microbrands is also the subject of a recent study of Rakuten. Frauke Schobelt has summarized the most important findings for the “Versandhausberater”.

With Flaschenpost, Budbee and Lillydoo, Jochen Krisch and Marcel Weiß also take a look at some young companies in their current podcast. How will the promising newcomers develop?

Walmart’s culture is a hindrance in the fight against Amazon

Walmart can certainly not be described as a young company. Nevertheless, the group, founded in 1962, also has great digital ambitions: In the foreseeable future the company wants to rise to the counterweight of Amazon. But according to the American e-commerce journalist Jason del Rey, Walmart’s own culture seems to be an obstacle.

“No shipping at temperatures over 30 degrees!”

Summer temperatures not only affect parcel delivery staff – the products they deliver may also be damaged. Food in particular can spoil quickly when exposed to high temperatures. But can online grocery retailers rule out shipping at high temperatures? Melvin Louis Dreyer has investigated this question for “Onlinehändler-News”.

Fraud in grocery shopping is a serious problem in online retailing. In the worst case, there may even be a health risk for the customer. For this reason, Federal Nutrition Minister Julia Klöckner would now like to initiate a law that also makes the operators of Internet platforms obligated.

Digitization of B2B companies – work in progress, but still a lot to do

According to a study by ECC Köln and IntelliShop, German B2B companies have largely recognized the value of digital and e-commerce initiatives. According to the study, by 2018, 24 percent of the total sales of the industries in question had already been generated via e-commerce. However, many companies still have potential for optimization.

Amazon has carved itself deep into the customer journey of many customers. The extent of this development is now being examined by the Institut für Handelsforschung in its study “Gatekeeper Amazon”. Accordingly, the influence of the online giant has long since reached into the brick-and-mortar business: more than one in four purchases is already being prepared at Amazon.

Good business can also be done online in the far north. According to a forecast by the Ecommerce Foundation, e-commerce sales in Sweden could rise to 16.86 billion euros this year. This would be an increase of 12.8 percent compared to the previous year.

Mobile e-commerce is still on the advance. This is the conclusion reached by Adjust and Liftoff in a joint study. Accordingly, 2019 is likely to be the strongest year ever for mobile e-commerce in terms of revenue.