On September 6, mgm is presenting the Driving Digital Transformation track at the solutions.hamburg digitization conference. One of the track’s speakers will be Dr Michael Merz, founder and CEO of the software company PONTON. In this interview with the mgm editorial board he provides a foretaste of his address on the subject of Potential Uses of the Blockchain in Industry. mgm live: Dr Merz, how did you come to be involved in blockchain technology?

Dr Michael Merz: A computer scientist by training, I looked into cryptocurrencies in the 1990s when I wrote my PhD thesis. Back then it was mainly a matter of eCash. In 2011 I rediscovered the subject personally in connection with bitcoins. A few years earlier I founded my company, PONTON. Our main focus is on B2B integration. Over the years we have come to specialize in the energy industry. As part of our classical business we mainly assist energy traders with various processes. By merging these two streams – my private interest in bitcoins and our market position as an energy sector integrator – we arrived at Enerchain, an initiative in which we use the blockchain in energy trading.

mgm live: What exactly is Enerchain?

Dr Michael Merz: We started to develop the Enerchain prototype last summer. It is a peer-to-peer trading platform on which traders can buy and sell their wholesale products directly without a third party as the middleman. It is thus a classical case of disintermediation. Energy trading was already a fully digitized process. In some cases, for example, robots – algorithms used by the traders in question – already trade with each other. We are digitizing digitization, taking it one step further, as it were. With Enerchain we are now entering Phase 2, in which we aim to go live into productive operation. We are launching this process together with 28 companies, some of them very large enterprises. The system must above all be failsafe and function for a larger number of participants. In addition, it is very exciting to organize something that has no central organization and to create structures where none previously existed. Using the new version of the system the first live trade is scheduled for the beginning of October.

mgm live: Can empirical values for other industries be derived from Enerchain? What would you recommend to others who are planning to integrate the blockchain into their business processes?

You cannot derive the technology from a requirement in a linear way and then expect the blockchain to be the result.

Dr Michael Merz: The key question is where the blockchain fits in and is my project in any way “blockchainifizable”? Blockchain application thinking comes mostly through the back door. As a rule you cannot derive the technology from a requirement in a linear way and then expect the blockchain to be the result. That direction only makes sense most infrequently. Instead, you must analyze the promises and the benefits of the blockchain and then work out which business model is the best match – in other words, bottom-up instead of top-down. From the management perspective this way of thinking is clearly contra-intuitive because the requirement is normally developed at the business level and is then declined down to the technical level. That is what makes blockchain projects so demanding. If you follow the classical top-down process you will normally land next to the blockchain capability. It is then inefficient, simply unfeasible, or optional because the task could be solved just as efficiently by classical means. A further issue is which are the core elements that characterize the blockchain technology. They are, for example, that it is highly available, that it is very inexpensive to use and that it can be combined with cryptocurrencies. Once all of the core elements have been identified you have a kind of construction kit in which these mosaic stones can be combined. From these combinations you can construct answers to questions at the use case level – and if you are lucky the pieces will fit together. In my view there is no sensible systematic approach to deriving the blockchain case from a use case. That still requires the creativity, intuition and combination of knowledge of the technicians on the one hand and the business case developers on the other.

mgm live: Thank you very much for this interview, Dr Merz. 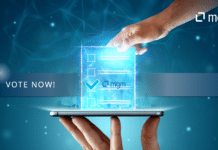 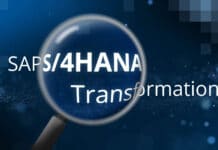