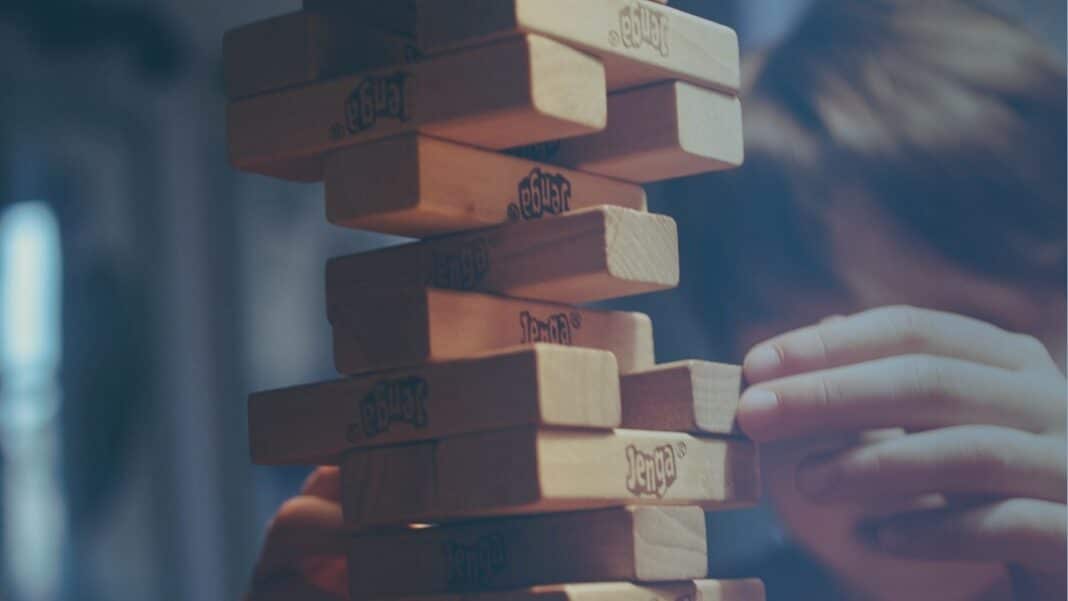 The future IT strategy is agile! Why you should change your IT strategy, which requirements there are for the development process of your strategy, which stakeholders should be involved and which methods you should use to pick up the right priorities are explained by our experts in the article series “Agile IT Strategy Development”:

For a long time, strategy development in organizations and companies was – and still is – characterized by traditional approaches. In the past, these made sense, because the methods used were quite successful. However, the world in which such “classic” methods are successful no longer exists in this form: the world is more networked today than it was 20 years ago, and uncertainties about the future are increasing despite the increasing amount of information. The amount of data available is exploding and at the same time the world is spinning many times faster. Disruptive business models are being launched at a speed that was unthinkable in the past. Innovations and new products reach consumers faster than ever before.

Business leaders are facing challenges that can hardly be answered with the classic strategy approach. Previous strategic programs are designed for periods of up to 5 years. During this time, today’s products and competitors have already disappeared from the market and only new products from competitors are introduced to the market as a production-ready innovation. The challenges for a company are no less complicated than in the past, but at the same time more complex and multi-layered, so that a heightened awareness of complexity is required in the company. Why we believe that the development of the IT strategy should follow an agile approach and which success factors and requirements result from this, we have already described in the previous article of the series.

Against this background, the question arises as to who should be involved in the process of strategy development and how it can be implemented. To answer these questions, it is important to take a look at classical strategy development before describing the changes that companies need to drive forward to ensure that the strategy process can keep pace with the rapid changes in the business environment. We will take a brief look at the classic approach, which has been the guarantee for success in many companies.

The classic strategy process as a guarantee for success?

In most companies, the Chief Executive Officer (CEO) plays the role of the chief strategist. Together with the upper management level, he makes decisions on the strategic direction of the company. One could say that the circle of players is relatively clearly defined and limited to the company. The degree to which other managers are involved depends on the size of the company and on factors such as global positioning, product lines and the like. Experience shows that such strategy teams have a rather homogeneous structure of participants. This results in rather small groups that allow for concentrated decision-making processes. In our experience, larger groups run the risk of taking longer to make decisions, especially if they are organized in a classical way (more on this below). In such a strategy process, there is also often a lack of transparency of decisions, which – according to our observations – can lead to blockages: Top-down decisions are more likely to lead to rejection within the company.

A paradigm shift in the organization is necessary

Agile strategy development requires a paradigm shift in the organization and the circle of participants in the process:

In our view, the necessity of agile strategy and planning processes resulting from shorter planning cycles will have to lead to a change in the role of the CEO from initiator to shaper of his company, so that disruptive, creative as well as implementable strategies can be formed. Top management, and thus the CIO for IT, will have the task of defining the overarching framework within which the actors involved move in groups, so that strategic initiatives can be created without direct instructions from the company management.

A previously pursued “closed store” mentality in the strategy process must give way to an opening of the corporate structures and focus on co-creation with customers and strategic partners. In practice, it has been found that in particular the integration of key customers in the strategy process is becoming a key driver and success factor of increasing customer orientation.

Agile strategy development requires – as described in our second article in the series of articles – among other things more transparency and co-determination. This must inevitably lead to a larger circle of participants such as employees and customers as well as an increase in the level of participation. Companies must not only allow for an increased knowledge transfer and change of perspective by multidisciplinary teams, but also for an increased participation of employees and customers.

The challenges resulting from such an expansion of the circle of participants and the organization of these teams should not be underestimated.

The more people are involved, the more diverse the opinions and individual requirements become. In practice, we observe strategy teams at our clients’ sites, which are thus completely slowed down. The reason for this is the lack of rules and agreements for cooperation in larger teams. Diversity – which is desirable – leads to dysfunctional teams if there is no common understanding and basic trust for cooperation. We therefore recommend investing in targeted team building and classic team building. This task is the responsibility of managers, who must increasingly focus on orchestrating the corporate culture.

Requirements for an agile strategy process

Agile strategy development also leads to a revision of the strategy process. Traditionally, strategic initiatives are launched primarily by top management. The subsequent strategy process then follows a top-down logic. However, bottom-up initiatives will become increasingly important in the future, as more transparency and participation on the one hand and agility and openness on the other are demanded. Strategic initiatives can be launched from anywhere – both inside and outside the company. Consequently, the top-down or bottom-up planning direction must be supplemented by a “lateral” direction. Top management will continue to shape the major strategic initiatives for the overall direction of the company. The demands of digitization for an increased speed of the strategy process and its phases will (have to) be the trigger for strategic initiatives, which have to be solved on the one hand within the company and on the other hand by involving upstream or downstream participants such as suppliers or customers. Companies will increasingly have to network with their environment in order to meet the requirements. For the CIO this means actively involving strategically important suppliers of IT services in order to develop a common strategy and work together on strategic solutions. Strategic partnerships must be beneficial for all parties involved, and ultimately, suppliers are also required to open up their strategy process accordingly.

Top management is (and will continue to be) responsible for defining and communicating goals top-down! Admitting that one does not know how to achieve the goals is linked to the commitment to support bottom-up initiatives. A prerequisite for this approach is a very clear communication of the approach itself and the overall goals. The focus is deliberately placed on the creativity of the employees and on a mass of initiatives, also in the knowledge that many initiatives will probably fail. The unpredictability of the VUCA environment will inevitably lead to a move away from a purely analytical approach towards more experiments. The demand for agility brings with it a more intuitive way of working, with an incremental approach. The learning effects achieved in this way also have a positive influence on organizational learning. Experiments certainly lead to mistakes. A lived culture of errors, i.e. that the focus is on “What was learned?” and not “Who is to blame for the damage?”, is the necessary basis for promoting a willingness to experiment.

It can be assumed that decision-making is influenced by, among other things, increased participation and greater transparency of information. In this context, the degree of consensus between the parties involved should be considered. To this end, two dimensions must be taken into account: firstly, the consensus within the strategy team during strategy development and secondly, the consensus between the company and the sense of the strategic decision. It is likely that consensus building will become more difficult due to the increasing use of multidisciplinary teams, as topics are viewed from different perspectives and thus the time required to reach a consensus increases. A more agile variant is consensus: Here, too, the different points of view are taken up, but only serious objections are taken into account in the decision-making process. Concerns that are expressed are allowed and given this space, but they do not hold up a decision. In consensus, a decision is considered to have been made when there are no more (justified) serious objections. Sustainable decisions can be made faster, which increases the speed of implementation.

Democratization and co-determination in the strategy process

An increasing number of participants in the strategy process automatically leads to more democratization and enforcement after co-determination, because strategic decisions over the heads of stakeholders lead to decreasing acceptance. The company should communicate information on strategic direction and motivations as quickly as possible within the organization, although confidential and sensitive company data must of course continue to be protected.

In order to meet the demand for transparency and co-determination, we recommend a stronger incorporation of democracy into strategic processes. Although this makes consensus building more difficult, it leads to increased acceptance within the company and thus to increased implementation speed. This will be accompanied by a shift in management’s leadership role from the classic “command and control” role to more “enabling and empowerment”. Management must have a clear idea of the extent to which it delegates decisions, the extent to which it still needs to be involved in decisions, and the degree of participation by employees as well as customers and suppliers that makes sense for its own organization.

In this article, we have described how the strategy team of an agile IT strategy process is composed at best and what challenges this can create for the process. Through our customer experiences, we were able to show you a few concrete recommendations for action that will help you as a manager to orchestrate the right teams and topics. 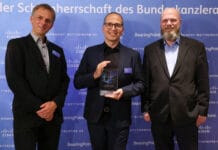