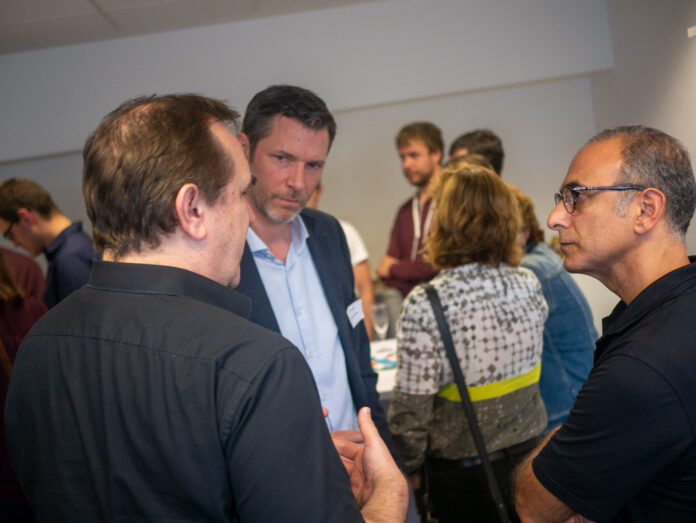 A few weeks ago the employees of the mgm branch in Aachen were able to move into a new office in the city centre. Hamarz Mehmanesh, founder and CEO of mgm technology partners, and branch manager Janos Standt officially opened the office at the Aachen market during a festive reception. They presented the numerous interested guests with a location that is as modern as it is close to the centre, which offers sufficient space for further employee growth.

The Aachen branch of mgm is characterized in particular by its expertise in the field of model-driven software engineering. Therefore, Prof. Dr. Bernhard Rumpe from the RWTH Aachen participated in the opening of the office. The mgm location in Aachen has been maintaining an intensive exchange with his chair for quite some time. In his welcoming address Bernhard Rumpe expressed the wish to mgm to intensively expand the location, because the model-driven software and system engineering is ready for industrial practice. “With its tools and the underlying infrastructure, mgm offers excellent opportunities to develop enterprise systems in the cloud quickly and efficiently, but also user-oriented and flexible. We are pleased to be able to profitably contribute the expertise of the chair at this point”.

Branch manager Janos Standt also looked forward to the further development of the location on the occasion of the opening. “We are delighted to be able to offer our Aachen colleagues an attractive workplace in one of the city’s most beautiful squares. With its international atmosphere in the border triangle and its proximity to one of the country’s most renowned technical universities, the city will continue to offer us many opportunities for development in the future”.

You can gain an insight into the new Aachen office in this video:

mgm has been developing web applications for commerce, insurance and e-government for over two decades. The more than 60 employees at the two North Rhine-Westphalian branches – Cologne and Aachen – play a decisive role in this success.