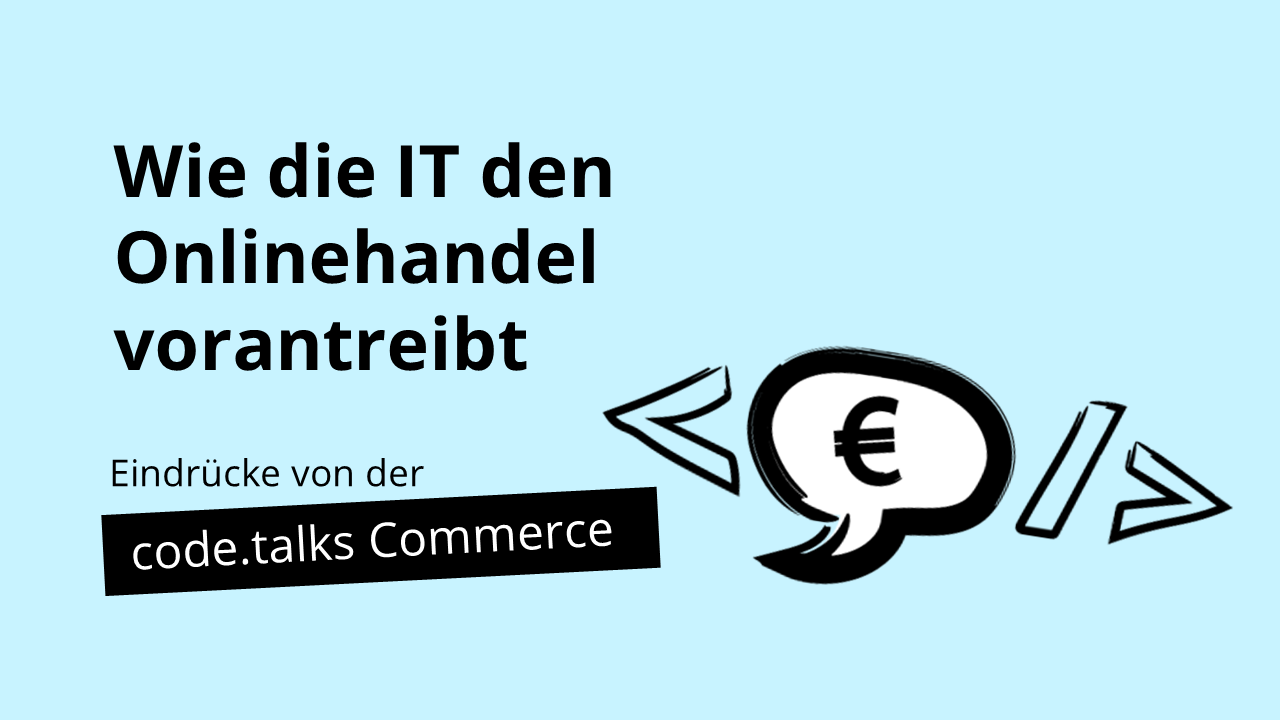 code.talks Commerce is undoubtedly one of the largest German developer conferences for e-commerce. Last year I already had the opportunity to attend the event and had the best experience with the format. That’s why I was in Berlin again this year to inform myself – admittedly as a non-techie – in the comfortable cinema armchairs of the KulturBrauerei about the current developments in the tech environment of e-commerce. For all those who stayed at home and all those who couldn’t hear every talk in Berlin, I would like to summarize my notes in this article.

Another note for all those interested: In 2018 I already shared my impressions of the code.talks Commerce on LinkedIn (German only).

Shop operator panel: Nice idea, but how do you do this in practice? After the official opening by the organisers, code.talks Commerce began for me with an extremely exciting panel. Roman Zenner, Industry Analyst at commercetools, and Martin Möllmann, Team Lead E-Commerce at Flaconi, who are also well known for the highly readable ShopTechBlog, invited Steffen Heilmann, CTO at Aroundhome, Ingo Mommertz, CTO at Douglas, and David Beuchert, Lead Developer at Thomann, to a discussion in order to explore with them the challenges in the area of tension between IT and business.

Prepare for warp speed – How to establish a scalable IT organization In his following lecture Steffen Heilmann dedicated himself to the development of the IT organization in his company Aroundhome, a mediation platform for products and services around home.

Back for the future: How does a traditional retailer transform itself? In the afternoon of the first day Ulrike Müller gave an extremely informative overview of the development of various e-commerce systems.

FOND OF partners: How we built a delightful offline first order platform for our B2B partners

On the second day, Till Hess and Philipp Brumm, Head of Digital Product and Software Developer at the bag brand FOND OF, spoke about the special challenges of a B2B e-commerce project.

The selection of the shop system is irrelevant. The success of e-commerce depends solely on know-how, team, engineers and a good strategy! What do you get when PowerPoint and Excel are having a baby? After the panel, Nils Breitmann also presented his thoughts on low code in a separate lecture.

When scalability becomes more than a buzzword, or how to saddle a unicorn The fashion retailer ABOUT YOU has developed from a start-up to Unicorn in just five years. In his talk, Tech Evangelist Marten Westphal described the challenges this poses for IT and how they can be overcome.

How a more intensive customer orientation can help your business grow