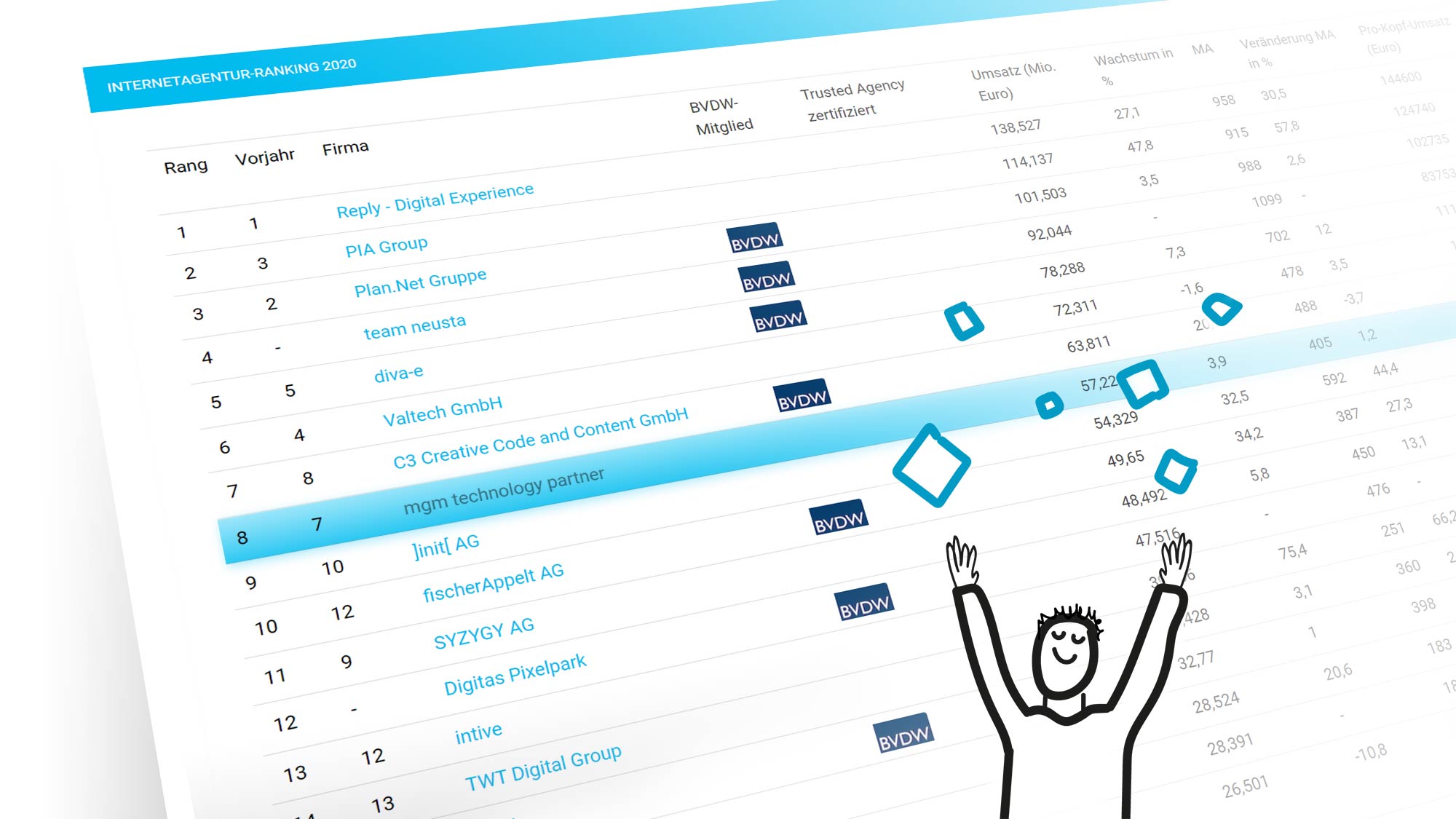 Constant on average: For the fourth time in five years mgm is among the top 10 in the Internet agency ranking of the Association for the Digital Economy (BVDW). With a fee turnover of 57.22 million Euros for digital agency services (previous year: 55.06 million Euros) mgm in 8th place in the current 2020 ranking (only available in German).

Despite rank 7 in the previous year it is a very pleasing result: mgm is still at the top of the list of more than 170 internet agencies represented in the ranking. These all operate in a dynamic market, which has repeatedly influenced the order of the ranking in the past years. Since the first participation in the ranking in 2015, the mgm team has increased the reportable agency turnover from around 39 million Euros to the current value – an increase of 46 percent.

In total, the companies represented in the ranking achieved a turnover of 1.94 billion euros last year. This is an increase of 12.7 percent over the previous year. Almost half (46 percent) of the fee revenues are attributable to platforms, e-commerce and services. This is exactly the core business of mgm, accordingly mgm moves up to 4th place in this sub ranking.

About the Internet Agency Ranking
“The ranking of the largest Internet agencies has been published by the specialist group of full-service digital agencies in the BVDW since 2001 with the media partners iBusiness, Horizont and Werben & Verkaufen. Admitted to the ranking are full-service Internet agencies, which as such represent several levels of the value chain of their external customers on the Internet and are essentially entrusted with the conception, creation and technical implementation of digital solutions. For this purpose, the agencies have their own personnel and generate at least 60 percent of their fee income with this core business.”(Source: www.bvdw.org)

Merger of mgm and eForce21 GmbH from Munich